Over 200 people from Community and Voluntary groups from around County Galway were honoured at the Cathaoirleach’s Community Awards Ceremony on Thursday, May 31st in the Theatre of the Station House Hotel, Clifden. The Awards recognise and celebrate community and voluntary activity in the County. A record number of nominations were received for the nine different categories of Awards presented on the night. We would like to thank everyone who went to the effort of putting in a nomination and to congratulate those who got shortlisted in each of their categories.

The Environment Award was won by Cuan Beo, a name which means ‘The Living Bay’. This recently formed community based organisation was established with a mission of improving the quality of life, environment, economy and heritage around Galway Bay. CuanBeo is specifically working to reconnect the Land and the Sea communities of South East Galway Bay from Rinville Point to Blackhead point and the villages and towns in between! CuanBeo and its members were complimented for doing such wonderful and important work in raising awareness in our communities of the link between water quality and life quality.

Speaking about her experience since taking up the office of Cathaoirleach, Cllr. Eileen Mannion said “she was truly humbled by the dedication, hard work and determination that communities and individuals are involved in every day”. Cllr. Eileen Mannion congratulated all the community groups and individuals present and thanked them for their invaluable contribution to the County’.  Vincent Lyons, Chairperson of the PPN, said that ‘he was delighted to be part of the Cathaoirleach’s awards and that the PPN endeavours to continue strengthening their links with the communities with the Local Authorities and other agencies’. 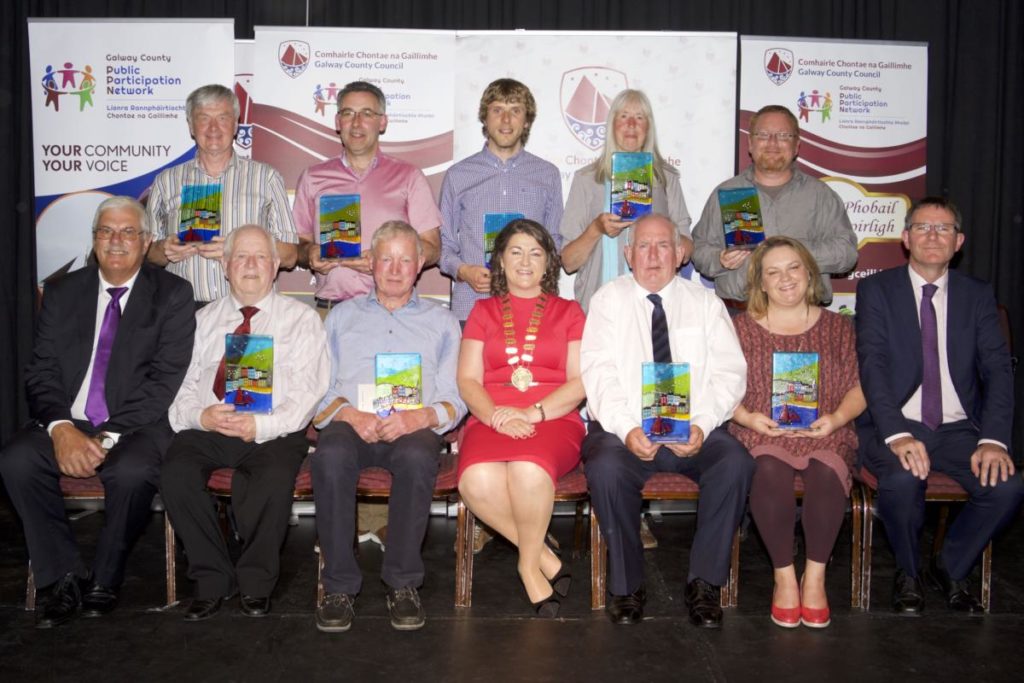 The Galway County PPN jointly hosted the Cathaoirleach’s Community Awards with Galway County Council this year and we are delighted to be working with such hard working community groups and volunteers across the county.