Cuan Beo has been developing an education programme aimed at transition year students with a vision for it to being adapted and rolled out to primary schools at a later stage. The programme was piloted to a youth advisory group in June and has just been completed with a pilot group of 28 transition year students from Seamount College Kinvara.
The programme introduces students to Catchment 29 through sessions that incorporate Cuan Beo’s 3 Education Pillars of Sustainability, Education and Adventure.
Starting upstream, students are introduced to freshwater biodiversity and ecosystems while engaging in citizen science experiments, facilitated by Local Authority Water Programme (LAWPRO). They then make their way to the coast where they learn of the tides, ocean currents, plankton, ocean acidification and water density.
This session was facilitated by the Martin Ryan Institute as part of NUIG’s Dept. Ocean Earth Science. Following this session student’s visit a local Oyster farm with Fergal Langley or Tommy Connolly (local oyster farmers) to learn the process of farming oysters and what’s involved.
Now having an understanding of how the sea works, they participate in the Adventure side of the programme through Stand up paddle boarding with Ian Walsh of Wet Mongrel Adventures, however it is no regular adventure, as they paddled out to the local mussel rafts to engage with David Krause and learn of the process of Mussel Farming. 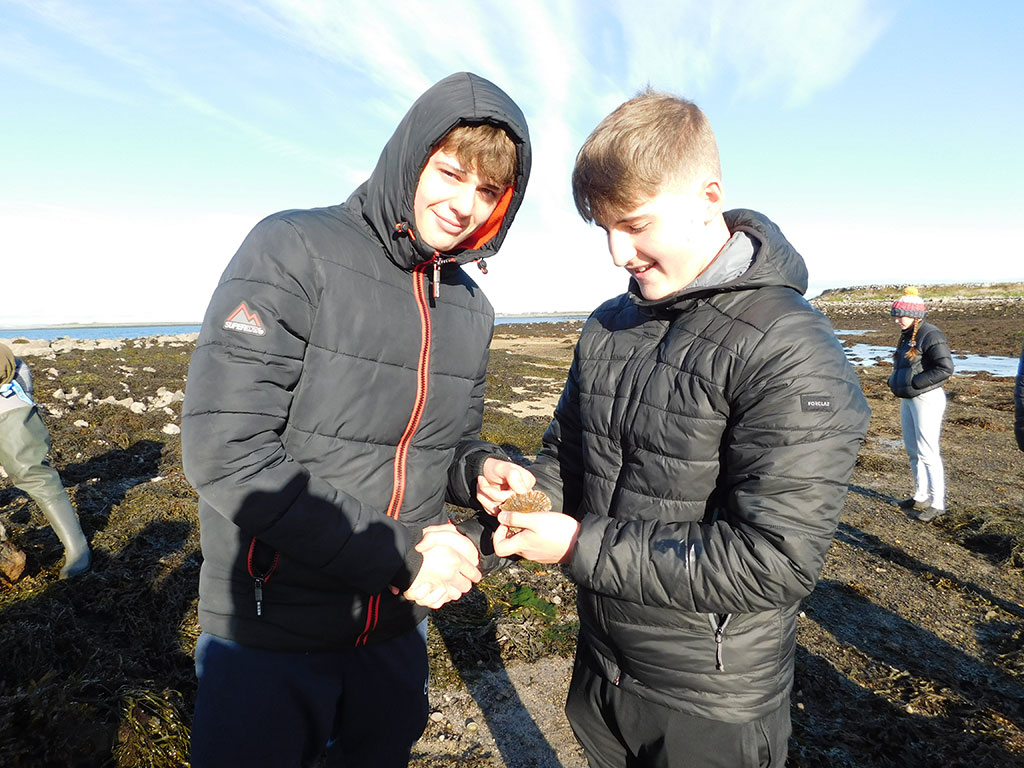 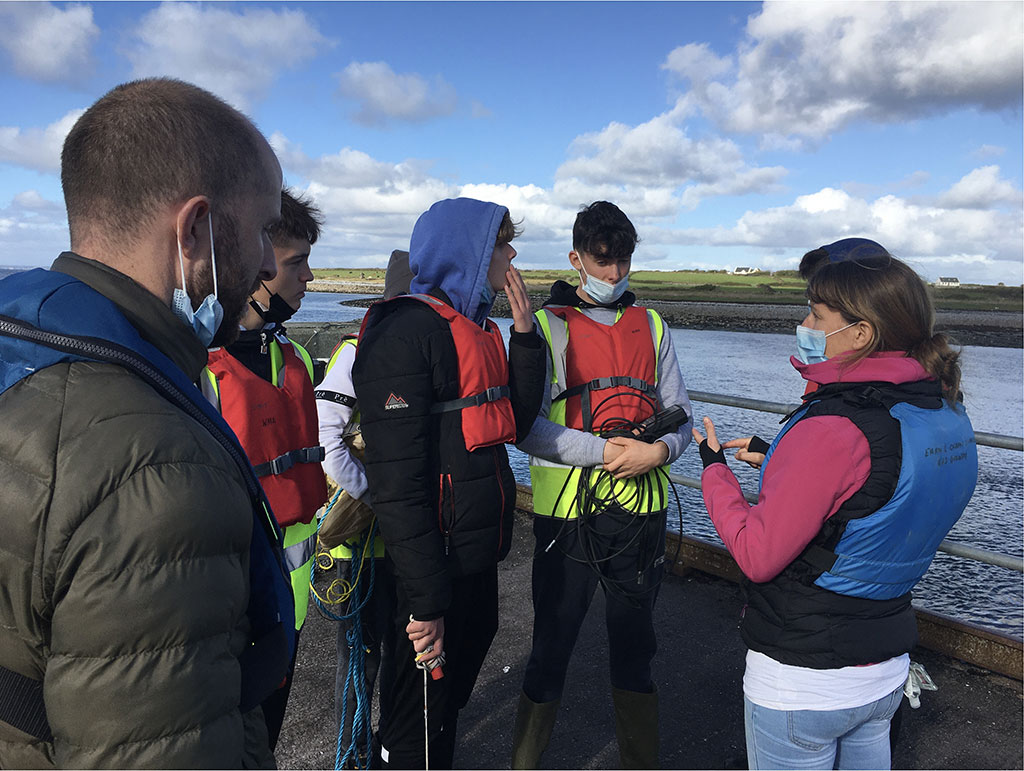 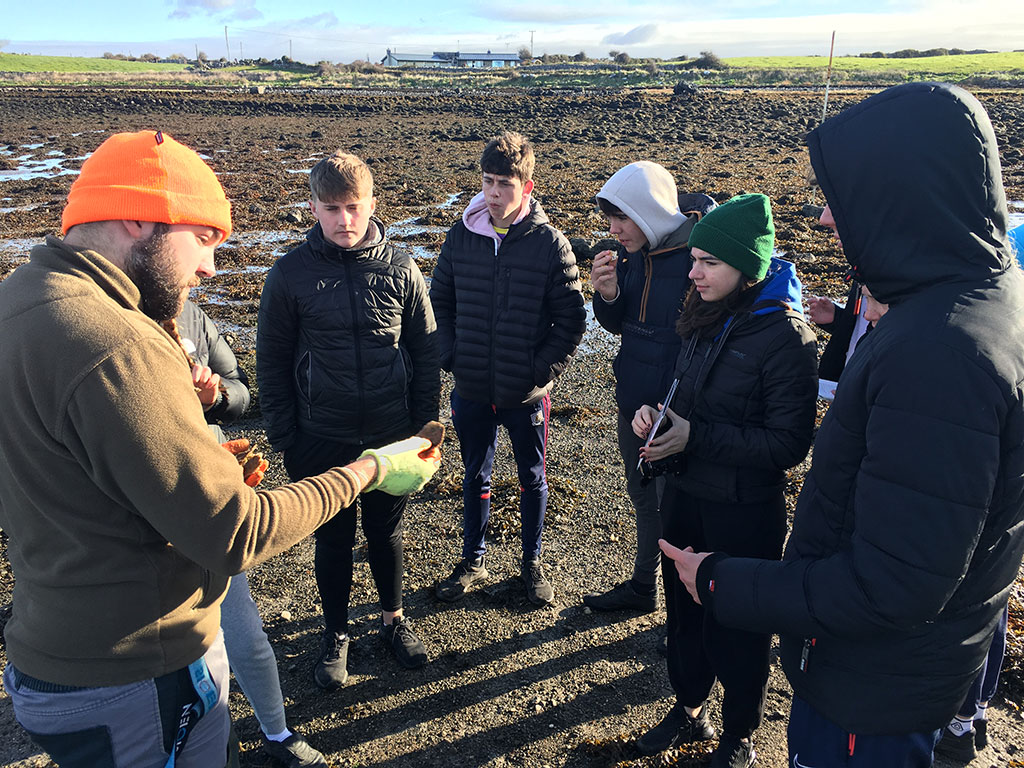 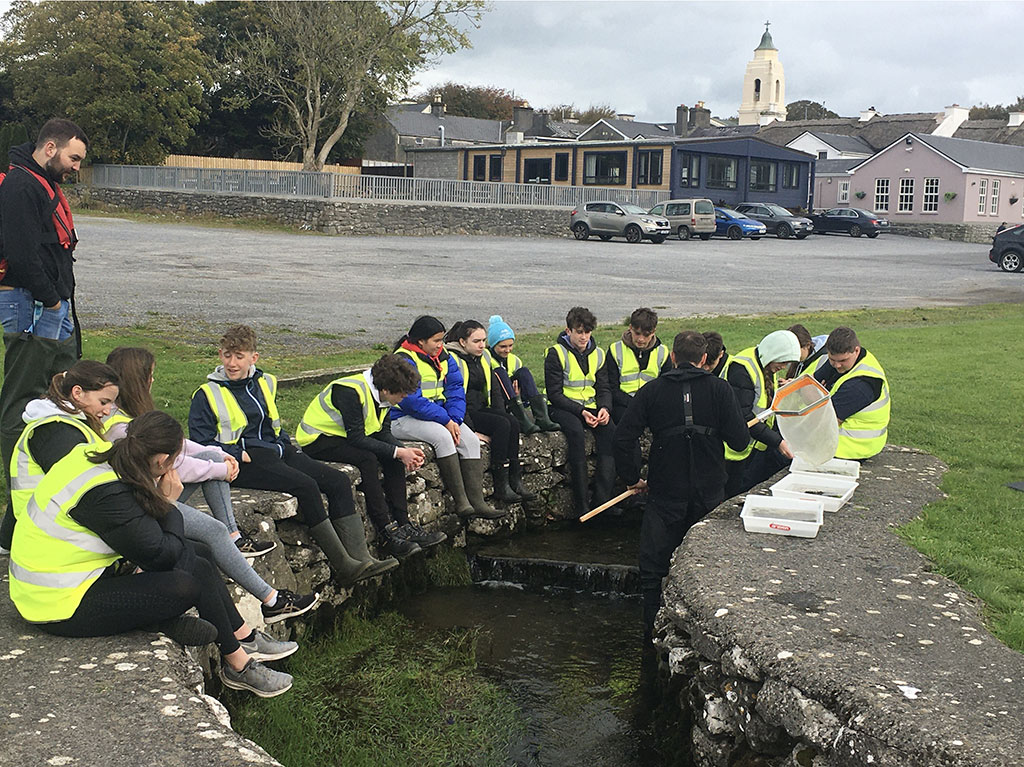 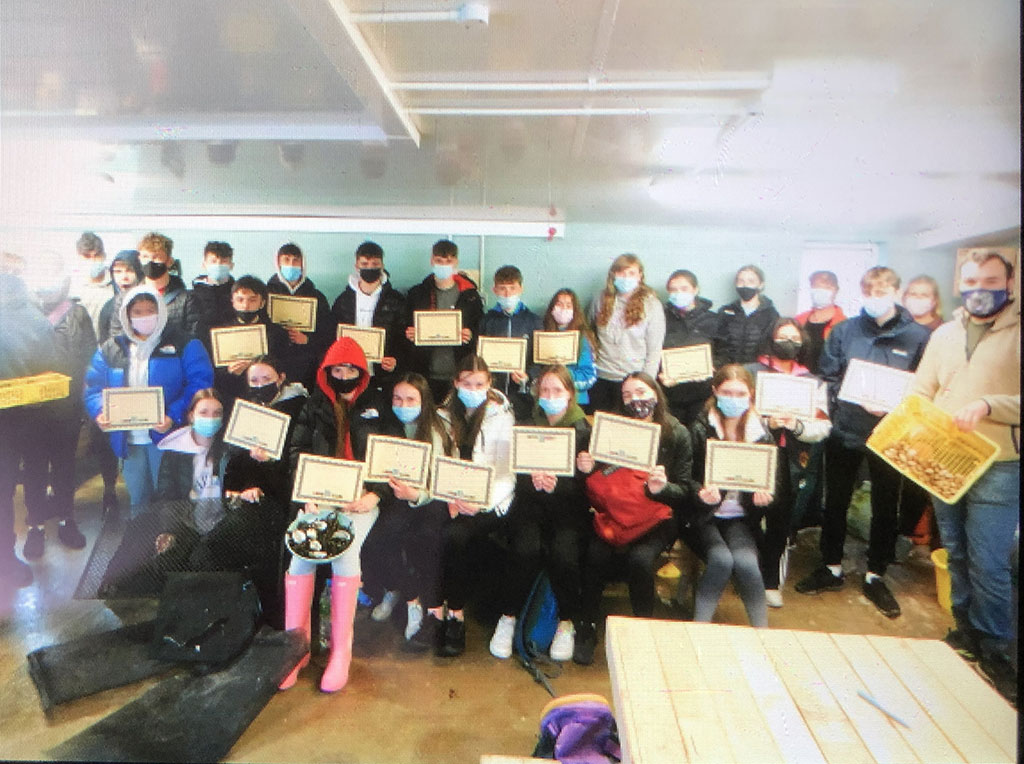 On the final day of the programme the students participated in a beach clean before returning to cook up a seafood meal. The students learned to shuck oysters, cook local mussels both au natural and with a broth, cook local clams and a salmon pasta, while engaging in conversation around where the produce came from.
Throughout the programme students were encouraged to follow leave no trace principles by removing waste from any stretch of shoreline or freshwater we visited, were introduced to Cuan Beo’s work on oyster restoration and invited to take a closer look at where the land and sea connect.
According to Students, some of the highlights included the stand-up paddle boarding, meeting the aquaculture producers, participating in science experiments (both marine and freshwater), the seafood feast and especially the Hot Chocolate provided on the cold days!!
The programme was funded under the Leader Funding through Galway Rural Development Programme. It was supported and incorporated sessions in conjunction with Local Authority Waters programme (LAWPRO), NUIG Dep. Ocean Earth Science, Leave No Trace and Clean Coasts.